To follow are the competitors own recollections of the meeting:

First up was the Team pursuit, QLD put in two teams – one sprinters and the other with two sprinter & two sprinters. This always looks easier on the TV but we did well to come away with Silver. In the Scratch race there were 5 in my age group, a few attacks were attempted during the race however 4 of us stayed together till the last lap sprint and I managed a Silver. In the Sprint I qualified 5th out of 7, which was not ideal, but won enough of my sprint matches to proceed to the bronze medal ride off and won 2 matches to win Bronze. Last year I didn’t medal in the Time Trial but I won a Bronze in the 500m Time Trial this year. I also did my first team sprint and came 7th. So, overall a great trip and I really enjoyed catching up with my fellow Queenslanders and female masters trackies. We even had a little celebration on the last night to finish off the season.

My main event, the 500m Time Trial, was always going to be hard with the World Champ in our group. A poor start left me 0.3s away from a medal and was also bettered by 1000th of a sec by a previous World Champ in this event, who took 4th place, finishing 5th. I qualified 5th in the Sprint and knew this always going to be hard from the start, as it’s my secondary event and once again the World Champ came out and broke the world record in qualifying. After some very hard rounds of sprinting I was eventually knocked out of the top 4 by a 1-2 loss, then cleaned up the remaining riders to finish 5th overall. It was a fun trip and I returned home with a fire burning in my belly to see how far l can push this year. A great road trip with lots of anxiety, stress, laughs and fun, all at once .. ha!

For me the learning curve was as steep as the Dunc Gray banking itself, but what an awesome experience. Got to admit, entering the centre of the track from the tunnel and looking up at that steep banking got the butterflies in my stomach really going.

One main thing I learned was how much wind resistance there actually is, that’s not wind related. I’d never ridden in an indoor velodrome before and was amazed at how much resistance there was as you’re slicing through the air, highlighting the importance of aerodynamics and a good position on the bike.

I got on the boards Tuesday lunch time and basically had that afternoon to get comfortable and work out my Flying 200 lines. I think I might have overdone this, especially with my 8 or so 200m efforts while trying to find my lines, but I was pretty sure this just had to be done. Even rolling around the track is a bit of an effort in itself as you have to keep a certain pace or you’ll slip on the steep banking. In a perfect world I would have got down to Sydney a week earlier and spent a few days on the boards, but that wasn’t possible.

The 200 quallie was Thursday morning and I totally stuffed it. It was shocking, no other way to describe it. Lack of experience, nerves and sore legs beat me out in the end. I got out of the saddle on the 3rd corner coming into the bell lap, did 5 pedal strokes and I sat down and never got out again. The mind said yes but the legs said no. So my 200 was a disappointing, a gut wrenching 12 neat. Encouraging takeaway there is I know next time I can do better. I was really hoping for 11.7 at least.

So I qualified 6th fastest, but was knocked out 2-0 in the first round. Then I rode for 5th – 8th and got 8th, mainly because I lacked the confidence to attack the other 3 racers from a high position on the track.

So for me this Track Nats was a huge massive reality check as to how far off the pace I really am and how much work is in front of me if I want to be competitive at National level. The guys like Chris Murray are machines, riding sub 11 times. Even at next year’s States there are one or two MMAS3 riders moving up to MMAS4 who are riding 11.3s, so I have my work cut out for me, and that’s great motivation.

Wednesday morning was the day for the 500m TT. Brian’s time there was low 37, which was out of the medals by a second or so. Friday was time for Masters 5 Sprints, which was going to take most of the day. The 200m qualification was 11.62, which was pretty much the same as States and enough to qualify for the heats. A long story short, in Brian’s third race for the Bronze medal he missed it by a whisker. There was a tyre width difference in it apparently. What a great effort to get so close to a National medal in very competitive field, that includes a World Champ!!

All in all, Masters Track Nats was a great experience. I finally rode the boards, learnt heaps, and got to know my fellow QLD trackies better also, which was great. Next year’s Nats are in Perth, so I’m looking forward to that. The journey continues. 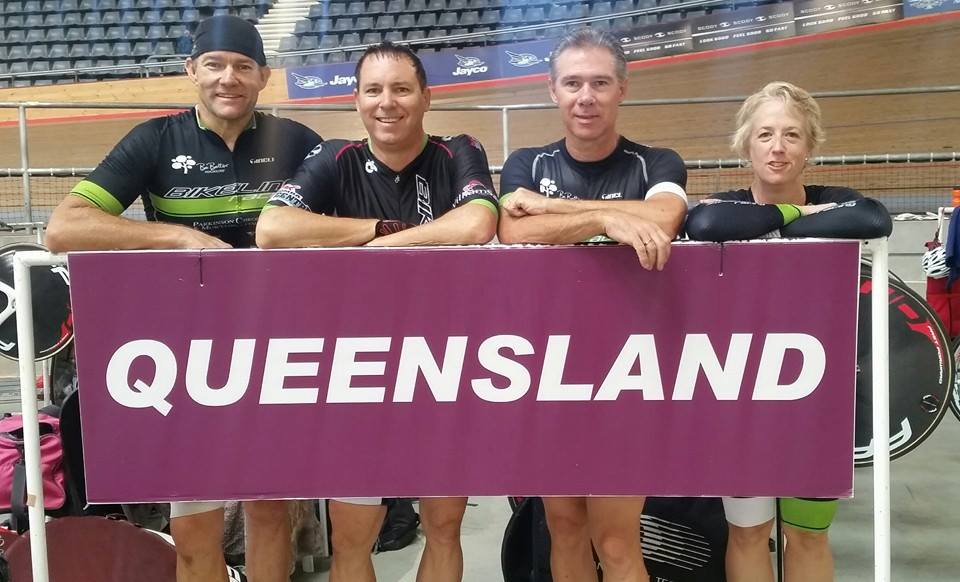 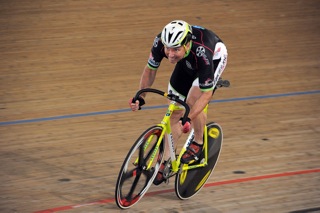 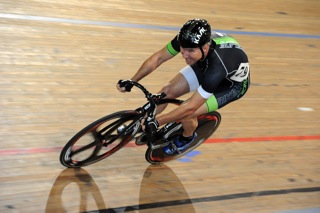 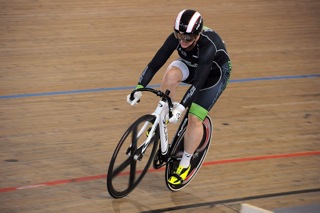 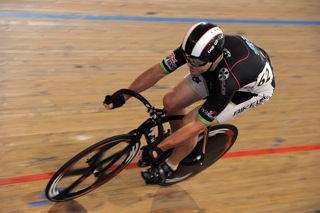