Good morning folks, Rob “Tex” Walker here. Another gorgeous Monday morning and an equally gorgeous weekend behind us. Winter is all but done for, and spring is nearly here. The shop rides are starting to get bigger numbers, which is great! I hope you took the chance to get amongst it. Going over Strava I see a LOT of cycling action. It is great to see our members getting out on their bikes, enjoying their riding be it socially or racing.

On Saturday, Trent West (Weapon) and Pete Collins, completely redefined the meaning of hard core cycling by riding to the Sunshine Coast, AND BACK AGAIN, in well under 24 hours. 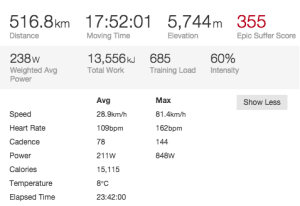 For a total of over 500kms. EACH. Mind blowing stuff, guys. Their ride was unsupported too, which makes it even more of an achievement!!! Truly amazing stuff gents. Epic Suffer Score indeed.

Check the Strava stats out! Over 15,000 calories burned up too with a pretty snappy average speed too, given there’s 5700m of climbing.

Consistent performer Daniel Luke won a Prime at Sunday’s Mt Cotton Kermesse in Elite B. Well done Daniel! According to mum Nicole it was Dan’s most aggressive race she has seen, he and another rider made a break and held off the chasers for half the race before the bunch caught them. Younger brother Ashley Luke lined up in U15s and while he was dropped early in his race he did finish and it was a great experience to know the difference racing in his own age group at CQ Open level. It won’t be long until we get a chance to write about Ashley in a breakaway or making the podium. 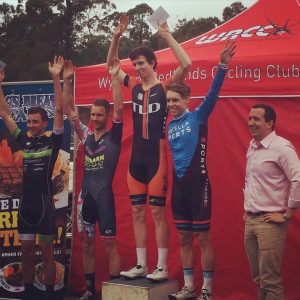 Congratulations also to Jono Noble (TLD) for snagging the top step of the podium in Elite B.

Also, Laura Brazier seems to be a feature in every Open race she enters, having raced Mardi Bartlett Classic and Cunningham Classic recently. Laura snagged 3rd in Womens D at the same event as Daniel. And this effort was the day following a Spartan race!! I don’t know where you get the energy but can you send me some. 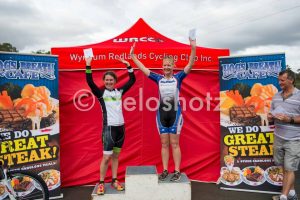 Club secretary Tom Galbraith reported in that he and Wayne Cooling had a good dig in the Master’s C race but were unable to feature at the end. Tom did attack just after the final Prime lap and went out on a limb to attempt a solo win but it was not to be. He was reeled in on the final lap but had hoped the racing paparazzi snapped him while he was in the hurtbox off the front. I seem to remember him doing that a few times at local events… 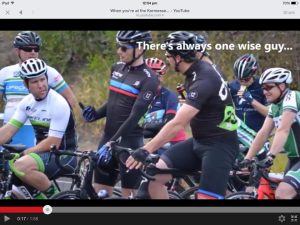 Plenty of MTBers were getting amongst it in the MTB racing at Jubilee Park over the weekend. Recent convert to crit racing, Ben Brettschneider, snagged the top of the stump in his Range8 MTB race. 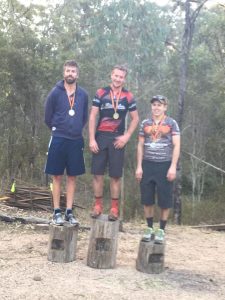 Awesome stuff Ben! You’re one to watch for sure. Probably won’t be long before you find the podium in crit racing too.

Are you using the correct riding shoe insole for your feet?

One of the topics of conversation following the Saturday morning shop ride over coffee was insoles for bike shoes. Yes, pretty riveting stuff. My personal experience on this topic is that insoles (or footbeds) with the right arch support for your feet really can make a BIG difference. 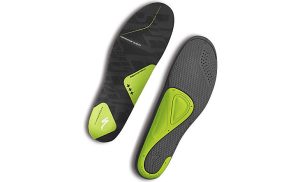 I never put much thought into arch support but then I stood on the “foot machine thingie” at Bikeline to check my foot arch and Gravesy advised me I needed the green insole. My previous insole wasn’t doing much supporting of my arches. The difference I found was huge, after my arches were properly supported.

My shoe just fit so much better allowing for a more efficient pedal stroke. There’s a heap of science as to why this makes a big difference, and Nathan Graves and the gang at Bikeline has all that information. There’s different size insoles depending on your arches, so matching the right insole to your feet is pretty important.

I should add that whilst measuring the arch of your foot and ensuring you have the correct footbed is great it’s but just one of many areas that are covered by a Body Geometry Fit, also available at Bikeline.

If you’d like to get your feet tested on their foot arch test machine (it won’t hurt!!) duck down to Bikeline and the lads will sort you out. Gravesy says he’ll knock 10% off the insoles if you buy a pair too. For the price of a few cups of coffee and cake they’re a great investment into your riding comfort.

How to test saddles at the local bike shop –

Saw this come over Facebook a few days back (below). Apparently this is the new way to try out saddles. Looks legit. 😀 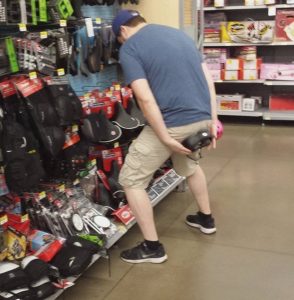 Ok, that’s it from me on this amazing Monday morning. Remember that we have a Criterium coming up this Sunday afternoon being run by Toowoomba Cycling Club. Race times will be along the same lines as the previous Criteriums. Hope to see as many there for some fun and hard racing on our truly world class criterium track.