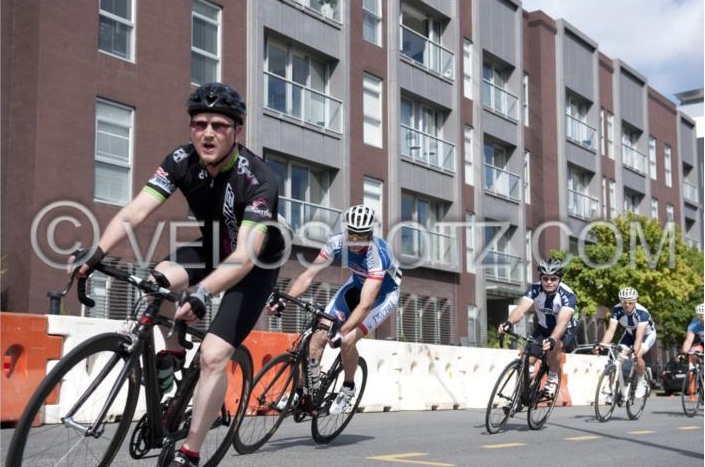 I got sixth overall in the combined points for Masters C for the two crits. It was an ‘old school’ hot dog circuit, the type we used to have back in the 80s in inner-city Melbourne, sprinting out of both hairpins every lap. The sprint-interval training I’ve been doing on the wind trainer during recent rainy days came in handy 🙂

The pace was fast in both races straight out of the gate. I think we had three or four drop off in the first few laps in the first race! There was a bunch sprint in the first race for the finish. I positioned myself fairly well, but then so did the others. You could’ve thrown a blanket over the bunch at the end.

The second race was a killer on the legs. In a monent of hubris I tried a breakaway with a sunny coast rider about half way through the race, but we couldn’t hold it and got reeled back in. I stuffed up the entry into the last corner and couldn’t hold the wheel in front of me into the headwind on the final straight, so that didn’t work out.

I also got sixth at Queen’s Park, so I’m looking for a fifth somewhere down the track 🙂